We use cookies and other technologies to allow us to remember you, improve our service and display relevant ads to you. To accept cookies, contune browsing, or review our cookie policy to find out more, including how you may withdraw your consent.Privacy PolicyClose

John regularly writes a piece in the local community's Parish News. So, we thought we would share parts of it with you - Happy Reading and Merry Christmas from everyone here at The Woodhorn Group. 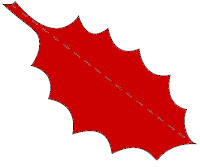 'I found a book recently which belonged to my Grandfather ... Chris Jones, (he) was a fruit farmer in Hampshire near Bordon. This book, entitled Farming month by month was written by a J. Gunston in 1943.

As I write in November 2010 we are in a particularly cold snap. The saying for November 1943 is
"No shade, No shine, No butterflies, No bees, No fruit, No flowers, No leaves, No birds - NOvember!!"
The author goes on to say,
"Thus runs the old proverb. Though no wholly true it gives the general trend of affairs in this comfortless month which is noted for dense fogs, especially in London."'

'One of the fascinating things about this book is that it was written nearly 70 years ago when horse and carts were still the main form of draught and pesticides and oil based fertilisers had not yet been invented. Yet as a Farmer myself, I recognise that if anyone in 2010 picked up this book and ran a farm entirely according to the advice given in it, they wouldn't go far wrong.

As an organic farm people often say that we are farming as my Grandfather would have. I usually gently refute this as we have the benefit of tractors, combines, modern varieties of wheat and hand milking is , thank goodness, a distant memory. However, reading this book I think those people are ostensibly correct. Mother Nature hasn't changed the rule book but human beings have. As a society we demand cheaper and cheaper food and more and more of it. Thus technology, production methods and intensive systems have developed to acheive this. Pesticides and 4000 cow dairy units seek to defeat Mother Nature to produce cheap food.

Strip the 'human element' away and the advice of 1943 on how to work with the seasons, look after the soil, care for animals and so on remains as true as it did then. Perhaps as a society we need to decide whether cheap food of indeterminate quality is worth leaving this wisdom behing forever.'