We use cookies and other technologies to allow us to remember you, improve our service and display relevant ads to you. To accept cookies, contune browsing, or review our cookie policy to find out more, including how you may withdraw your consent.Privacy PolicyClose

We have recently been involved in a compost trial, in association with Huhtamaki UK, the foodservice packaging business based in Gosport, using their BioWare biodegradable cups as an ingredient in our peat-free compost . Huhtamaki first approached the Woodhorn Group back in August 2012 regarding a PR project they wanted to run involving their biodegradable drinking cups. They wanted to demonstrate how their BioWare cup material could be successfully composted, and essentially close the loop of one of their sustainable products. A community project and competition was initiated by Huhtamaki involving The Woodhorn Group, Sparsholt Collage Hampshire, Gosport Borough Council and Sodexo and attracted 11 entries from pre-schools, nurseries and community groups. 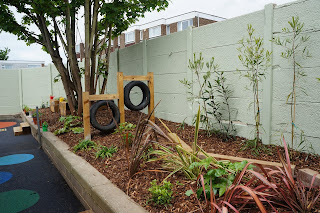 The winner, Brockhurst Pre-school in Gosport, received a makeover of their garden using peat-free compost produced by The Woodhorn Group incorporating Hutahmaki’s BioWare cups to a PAS100 and CQP certified standard. The garden then went on to win two Certificates of Excellence awarded by Gosport Borough Council in Best School Floral Display and Best School Vegetable Garden categories.

This was an interesting project for The Woodhorn Group to get involved in and something we had never attempted before. We believed it fitted in well with our own sustainable goals and vision for the future. Being PAS100 and CQP certified, we are bound by this certification to follow set criteria throughout the composting process to ensure we produce a peat-free compost that is safe, reliable, and of the highest quality. Before we could accept the cups, we had to ensure they were certified to British Standard EN 13432 to be accepted in the PAS100 process and that any residue waste that may remain in used cups could be accepted under our current site permit issued by The Environment Agency. No special dispensation was needed as we were already licensed to accept cardboard waste. Once this was all confirmed it was decided to carry out the project at our Runcton Composting Facility. Runcton was deemed the most suited of the sites to carry out a project of this nature due to their windrow batch size, space available on site and logistical reasons. 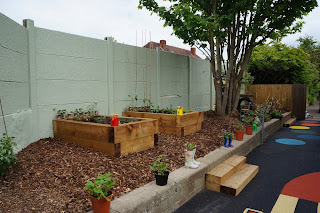 A trial was initially thought appropriate as we were not sure the material would peat-free compost within the site’s 12 week process, however, time became of the essence and fortunately the material was breaking down well. Liaising closely with Huhtamaki on all aspects of the project was vital. The site received pre-processed BioWare material from Huhtamaki’s factory, delivered to us in a roll, which was added to the green waste already on site, and shredded. The material then went through its normal 2 weeks’ sanitisation and 10 week stabilisation before being screened off to 25mm followed by a full PAS100 analysis. The peat-free compost passed all parameters. The tonnage required by Huhtamaki to carry out their garden makeover project was collected by Sodexo.

The project, however, was not without its challenges; receipt of the material in its pre-processed form; dealing with litter on site during initial shredding and turning; and storage capacity of the finished product, however, with organised management on-site and continual communication with Huhtamaki, the project was a success. The Woodhorn Group would be more than happy to participate in another similar project in the future. 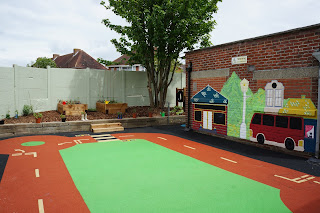 Children and staff from the Pre-school attended the award ceremony on 17 July at the Thorngate Halls, where they were presented with their Certificates of Excellence by the Mayor of Gosport, Councillor John Beavis and Meridian Television’s Fred Dinenage. The BioWare Garden, which opened in May, was designed by Horticulture student Dan Pearce from nearby Sparsholt College, Hampshire and featured jungle, learning and play zones for the children to enjoy. A major aspect of the Garden creation involved the children planting the flowers and vegetables in the peat-free compost, learning about how peat-free compost is made and where their food comes from. Sheila Simpson from Brockhurst Pre-School said: “We are just delighted that our BioWare Garden has been given this fantastic recognition. So much hard work and effort has gone into creating and maintaining it and it is wonderful for it to be honoured in this way. It is an invaluable resource to us and brings so much joy to the children.”